I want to write, and I want it right now! 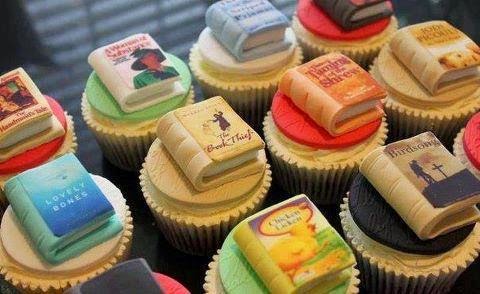 One Day... There will be an actual book with my name on it as the author. Even if I have to make my own printer spit it out.

Seriously. If I could have little edible books made of all my translations, I'd have a nice silver platter with at least 65 different cupcakes on it. No kidding. And I'm incredibly proud of that achievement, too.

And yet, I want more. I've always wanted to write. Ever since I was a little kid, borrowing names from my parents' friends to write and draw a little story. I still want to write, and now that I've crowbarred that door open a bit more, the ideas are flooding in. I do write those down, but there just isn't enough time in the day to do more than that.

I know that most published authors, when asked for writing advice, say that there is no such thing as 'I have no time'. Then you make time, they'll say. It's true, to a large extent. But sometimes you really just don't have time. Where do you think the more than 65 translations come from? Add to that a small kid and a baby, and it's a miracle I manage to get the laundry done on time every week. No kidding.

That's probably my one thing for 2015. If I had to make New Year's Resolutions, it would be: to write. You see, publishers usually only accept entire manuscripts, or a large chunk of one. Which means, the book has to have been written by then. (That's ignoring the fact that your manuscript then ends up on a pile, collecting dust with many many others, hoping it might stand out and be noticed. Which is what they are all hoping for. One big pile of hopefulness.)

But there's a vicious circle lurking. I must find time or make time to write an entire book, which you could call an investment of time. Meaning: it's a great job but it doesn't pay a dime, unless you actually do get discovered amid the Pile of Hopefulness, and that can easily be months (or years) later. Add to that not really having any time to spare, for using what time I have to be with my children and to translate books (which does pay something, at least), and all your enthusiasm resembles that of a dog chasing his tail.

All that said and done, I will write something substantial again, soon. I will discover my Show, Don't Tell button somewhere and get into Tha Zone and have something worthy of consideration. There are plenty of ideas to elaborate on, after all. Now to find some time... at some point.

Email ThisBlogThis!Share to TwitterShare to FacebookShare to Pinterest
Labels: On Writing